The Order of Chaeronea 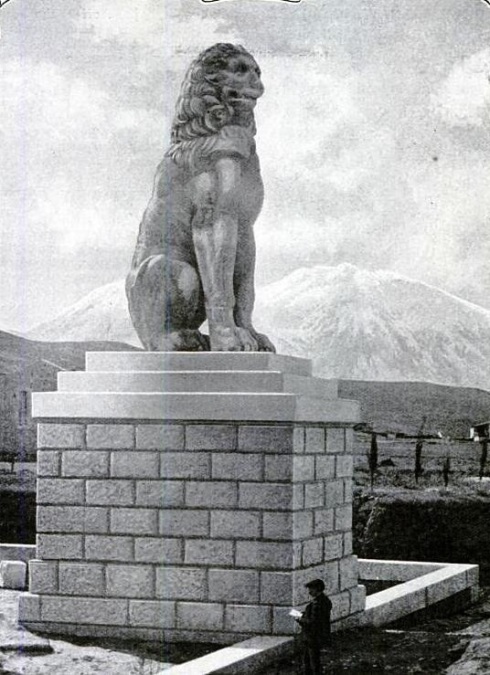 In the reckoning of George Cecil Ives, today would be the sixth day of the year 2341, since he counted years from the Battle of Chaeronea, which fell on 20th day August in 338 BC. A self-described “evolutionary anarchist,” Ives was also a poet and penologist who, around 1893, founded a secret homosexual society, the Order of Chaeronea, the name taken from the town in ancient Greece where, in the late 19th century, the remains were found of an elite corps of 150 pairs of male lovers who died in 338 BC in a battle against Philip II of Macedon. The army of Alexander the Great and Philip II of Macedon (for he was still alive then) vanquished the one-hundred-fifty members of the Sacred Band of Thebes in this last battle before Greece was under the hegemony of the Macedonians. 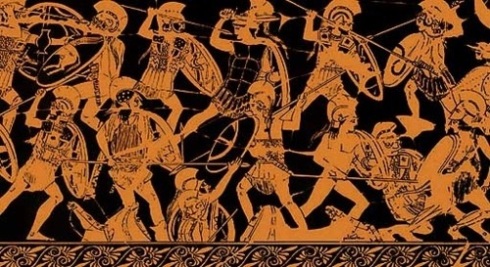 Sacred Band of Thebes were much lamented by Alexander himself, and have never really been forgotten. And, all those years later, George Cecil Ives’ Order of Chaeronea (the specifically spiritual effort within “the Movement” for full equality for queer people that he and many others took part in during the late 19th century) was founded specifically in their honor and memory, hence his dating schema mentioned earlier.

George Cecil Ives was born on October 1, 1867. He was raised by his father’s mother, Emma Ives, and referred to her as his mother. Ives and his grandmother primarily resided in England at Bentworth Hall, or in the South of France. Ives was educated at home and at Magdalene College, Cambridge.

In 1892, Ives met Oscar Wilde at the Authors’ Club in London. By this time Ives had accepted his homosexuality and was working to promote the end of the oppression of homosexuals, what he called the “Cause.” Ives hoped that Wilde would join the “Cause” but Wilde did not have the same compassion towards this movement that Ives did. Lord Alfred Douglas met Ives in 1893 and introduced him to several Oxford poets, whom Ives encouraged to join the “Cause.”

By 1897, Ives understood that the “Cause” would not be accepted openly in society and must therefore have a means of underground communication. Thus he created and founded the Order of Chaeronea, a secret society for homosexuals. Ives and other members dated letters and other materials based on this date, so that 1899 would be written as C2237. An elaborate system of rituals, ceremonies, a service of initiation, seals, codes, and passwords were used by the members.

The ‘Rules of Purpose’ stated that the Order was to be ‘A Religion, A Theory of Life, and Ideal of Duty’, although its purpose was primarily political. Members of the Order were ‘Brothers of the Faith’, and were required to swear under the ‘Service of Initiation’, that “you will never vex or persecute lovers” and “That all real love shall be to you as sanctuary.” The group was male dominated, but did include a few lesbian members. At its peak ‘the Elect’ numbered perhaps two or three hundred, but no membership lists survive. Oscar Wilde was, however, likely an early recruit, along with Lord Alfred Douglas “Bosie”. Other members may have included Charles Kains Jackson, Samuel Elsworth Cottam, Montague Summers, and John Gambril Nicholson.

An elaborate system of rituals, ceremonies, a service of initiation, seals, codes, and passwords were established. The Order, according to Ives’ notebooks, had a specific purpose, distinct prescriptions and philosophy, and its particular symbolism: the “sign-word” AMRRHAO and “the seal of the double wreath.” The prerequisites of membership were indicated to be “Zeal, Learning and Discipline.” The principle of secrecy was conveyed by the metaphor of “The Chain” underlining that one should never reveal any information about the order or its members. The writings of Walt Whitman were particularly revered.

Ives was keen to stress that the Order was to be an ascetic movement, not to be used as a forum for men to meet men for sex, although he accepted a degree of ‘passionate sensuality’ could take place. He also believed that love and sex between men was a way to undermine the rigid class system, as a true form of democracy. The Secret Society became a worldwide organization, and Ives took advantage of every opportunity to spread the word about the “Cause.”

We believe in the glory of passion. We believe in the inspiration of emotion. We believe in the holiness of love. Now some in the world without have been asking as to our faith, and mostly we find that we have no answer for them. Scoffers there be, to whom we need not reply, and foolish ones to whom our words would convey no meaning. For what are words? Symbols of kindred comprehended conceptions, and like makes appeal to like.

I began my life in the South and for five years lived as a closeted teacher, but am now making a new life for myself as an oral historian in New England. I think my life will work out the way it was always meant to be. That doesn't mean there won't be ups and downs; that's all part of life. It means I just have to be patient. I feel like October 7, 2015 is my new birthday. It's a beginning filled with great hope. It's a second chance to live my life…not anyone else's. My profile picture is "David and Me," 2001 painting by artist Steve Walker. It happens to be one of my favorite modern gay art pieces. END_OF_DOCUMENT_TOKEN_TO_BE_REPLACED
This entry was posted on Monday, August 26th, 2013 at 7:00 am and tagged with Charles Kains Jackson, George Cecil Ives, Greece, John Gambril Nicholson, Lord Alfred Douglas, Order of Chaeronea, Oscar Wilde, Sacred Band of Thebes and posted in History. You can follow any responses to this entry through the RSS 2.0 feed.
« What Defiles a Person
To Electra »

2 responses to “The Order of Chaeronea”