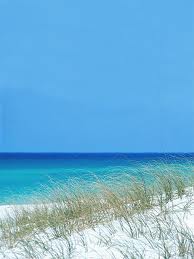 The redneck riviera becomes the rainbow riviera for one weekend out of the year and it couldn’t happen in a more lovely place: Pensacola, Florida. Pensacola Beach is one of the most expansive, beautiful and less known white sand beaches in the world.   This hidden gem of a destination is throwing off its reputation as the ‘Redneck Riviera’ and embracing a future as a world-class tourist destination.  A clear indication that this trend is well under way is the unmitigated success of Pensacola Beach’s Gay Memorial Day Celebration.

There’s no mistaking what time of year it is on Pensacola Beach during Memorial Day weekend. Every year, the beach is sprinkled with rainbow flags welcoming local and out-of-town members of the gay community who generously return the favor by staying in beachfront hotels, eating seafood and drinking a lot. Tens of thousands of gay and lesbian travelers flock to this innocuous beach town every year to bronze their bodies and party with their toes in the blinding white sand. 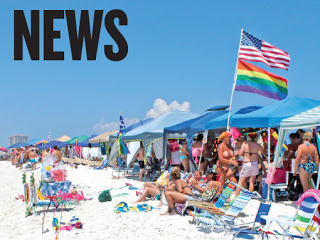 Those whose memories are still intact remember the weekend starting in the 1980s. The party started on the secluded strip between Navarre and Pensacola Beach on the Gulf Islands National Seashore, and as the years passed it moved its way to the condos and hotels on Pensacola beach.

There’s no official word if the Gulf Islands National Seashore was the chosen spot because of its proximity to the nude beach in Navarre, which is now an urban legend to the younger generation. John Thomas, owner of The Roundup and Pensacola resident since 1993, believes the beach had the best view and the least amount of people as opposed to Destin or Panama City.

“There was a patch of beach that allowed those that are different to be themselves,” he said. “You can go to Destin and be hoity-toity, but in Pensacola it’s more relaxed.” 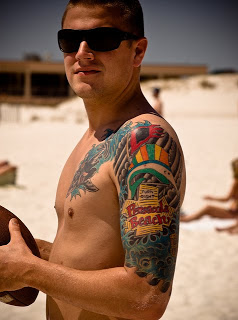 Pensacola Beach’s laid-back surfer dude charm is worlds away from the hustle and bustle of Miami and tacky tourist spring break debauchery of Fort Lauderdale. The community is accepting, embraces gay travelers and is home to many gay residents and several successful gay business owners. I can’t begin to describe the beauty of the Gulf Coast beaches in this area if you have never experienced them. The sugar white sands are luxurious and the water is crystal clear with a perfect blue-green hue. It will surely take your breath away.

Located on Santa Rosa Island, in Northwest Florida, Pensacola Beach is a barrier island buffered at both ends by bridges.  There are water views in all directions, with the emerald blue vistas of the Gulf of Mexico ‘Gulfside’ and the tranquil views of Pensacola Bay ‘Soundside’.  Local development is severely curtailed by the protected beaches in the Gulf Islands National Sea Shore located on either end of the island.

On Memorial Day weekend colorful pride flags wave in anticipation as LBGT visitors from all over the country exit the bridge onto the beach.  The colors of the rainbow stand in stark contrast to the glittering white sand as the beach transforms into a seemingly spontaneous parade of beautiful bodies and fashionable swim wear.

Revelers start flooding the beach the week prior to Memorial Day.  The local vibe is always awash with boisterous anticipation.  Friendships and romances are kindled and reunions celebrated.   Days are spent nurturing a tan and people watching with a frosty ‘Bushwhacker’ in hand.  Everything you need to have fun in the sun is easily accessible on foot.

At the main beach, live music and cocktails are plentiful. If you’re energetic there is an ample variety of activities such as stand up paddle boarding, parasailing, kayaking and dolphin watching.   There’s also mini golf, go-carts, beach cruiser bike rentals and funky but fashionable beach stores.  If you prefer a more tranquil atmosphere then migrate east or west and enjoy a romantic picnic on the wild and non-commercial beaches in the National Seashore.  While you are there make sure to explore historic Fort Pickens.

When I was growing up, Pensacola was one of the closest beaches to us, and my parents used to take us camping a few weekends out of the year to the Gulf Islands National Seashore at Fort Pickens. You know that I love history, and Fort Pickens was a wonderful place to explore as a kid. The Fort is an old Civil War fort that stayed in Union hands throughout the war, sitting directly across Pensacola Bay from Fort Barrancas, the Confederate fort. Did you know that the actual first shots fired between Union and Confederate troops was not the Confederates firing on Union forces at Fort Sumpter, but actually Union forces at Fort Pickens firing on Confederate forces at Fort Barrancas? Pensacola has such a wonderful history for any lover of history to enjoy and you don’t have to deal with all the hustle and bustle of larger historic southern towns like New Orleans.

Also, if you want a wonderful meal with great service, try one of my all-time favorites, Hall’s Seafood on East Gregory Street.  Hall’s Seafood features casual dining with a waterfront view & great food. Try their famous hush puppies with cheese sauce, or start your meal with an excellent bowl of gumbo. Don’t go to Hall’s expecting to eat ultra healthy because if you don’t try their hush puppies with cheese sauce, then you might as well not go. They are worth the calories, and even if you think you don’t like hush puppies, give these a try. If you get there and are disappointed, then just give the hush puppies and cheese sauce to me, I will eat them. Try it, you won’t be disappointed. 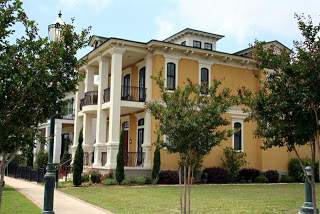 For those who crave more than hush puppies with cheese sauce, Pensacola has plenty of culture in nearby Downtown Pensacola which is a theme park for architectural buffs.  Did you know Pensacola is the oldest city in America? (Grant it the Spanish abandoned it the first time to build a city at St. Augustine, eventually they simply couldn’t stay away.) Wander through the North Hill residential area and dream of renovating your own antebellum mansion.  Then stroll through the pedestrian friendly streets of the Historic District and enjoy unique culinary offerings, theaters, museums and galleries tucked behind flourished iron balconies reminiscent of New Orleans. 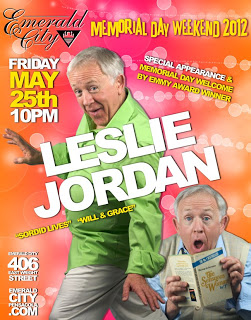 Don’t miss out on numerous Gay Memorial Day events.   This year, renowned comedian Leslie Jordan of Will and Grace, Designing Women and Sordid Lives fame, performed at the historic Saenger Theatre. Emerald City, Pensacola’s premier Gay club, hosted blowout bashes every night featuring DJ Jay-R and DJ Joe Gauthreaux. At the beach many of the local bars such as Crabs We Got Em, Flounders Chowder House and Castaways hosted all night parties.

If you ever get down to Pensacola for Memorial Day Weekend, don’t plan on leaving early because on Monday over 150,000 revelers come back to the beach to put their toes in the sand one final time, to share weekend gossip about new loves or break ups, recruit new Facebook friends, get phone numbers or finally muster to courage to say hi to that beautiful person they’ve been eyeing up all weekend.   Most importantly this is the time to say see y’all next year to newfound friends.

Maybe you’ll meet the love of your life and plan a commitment ceremony for the following year.  While same sex marriage is not yet legal in Florida, dozens of couples choose this weekend to say “I Do” with those nearest and dearest to them.  Once you have experienced Pensacola Beach you’ll understand why.

I began my life in the South and for five years lived as a closeted teacher, but am now making a new life for myself as an oral historian in New England. I think my life will work out the way it was always meant to be. That doesn't mean there won't be ups and downs; that's all part of life. It means I just have to be patient. I feel like October 7, 2015 is my new birthday. It's a beginning filled with great hope. It's a second chance to live my life…not anyone else's. My profile picture is "David and Me," 2001 painting by artist Steve Walker. It happens to be one of my favorite modern gay art pieces. END_OF_DOCUMENT_TOKEN_TO_BE_REPLACED
This entry was posted on Monday, May 28th, 2012 at 7:00 am and posted in Travel. You can follow any responses to this entry through the RSS 2.0 feed.
« In Honor of Memorial Day Weekend
Le cancre »