That’s how old I am today. 40. The big 4-0. Happy birthday to me. Today will be just another day at work. After work, we are all going to Montpelier to have drinks and dinner. That’s how I will be celebrating my birthday. The real celebration though comes tomorrow. A coworker and I are going to Montreal. She had a terrible 40th birthday so we are going to make up for it and have a grand old time in Montreal. We have a hotel in the Gay Village. We may go see some museums first, then we will party in the Gay Village that night. I’m not sure what we will do Saturday but I expect to be a little hungover. I can drink how ever much I want, and I don’t have to worry about driving, just being able to walk back to the hotel. I’m not a big drinker, so I won’t actually drink that much. Anyway, it should be a gay old time.

While overnight we were expecting rain and warmer temperatures, snow has been on the ground the last couple of days. As a southerner, I get fascinated by snow. As someone who lives in Vermont, snow is quite aggravating. If I could stay home and watch it snow, I’d be happy for it to snow, snow, snow, but rarely do we have that luxury. We have to go to work which means getting out and scraping your car of ice and brushing off all the snow. I hate doing that. Which in turns means, I’ve begun to hate snow.

Just to clear something up, I was just ranting about snow. It still fascinates me. I’m just lazy some mornings and hate having to go scrape ice off my car. Brushing the snow off isn’t too bad.

Tuesday, December 12 at 10 am is when my interview in Chicago is set for. I’m excited. I have my fights booked and my hotel room reserved. Now I just have to be patient for another two weeks. At least I have those two weeks to prepare myself. So any advice would be greatly appreciated. I’m just so glad they finally got back to me. I was beginning to wonder if they ever would, but they did, so my anxiety level has dropped some. I’m more excited than anything. I can’t wait to show them why I am the best possible candidate.

Little Boy Dead takes place during the 1979 Film Fest Chicago where Nick has gotten a job as a driver and as head of security. In a very short time, Nick deals with stalking fans, a crowd of protesters, and a critic’s stolen wallet that leads to murder. The novella is fast paced and an easy read. Oh and Nick is a bit of a slut since the breakup with his boyfriend, so there are plenty of steamy sex scenes.

As soon as I finished reading the first prequel, I immediately started on Little Boy Afraid. It’s now the winter of 1980 and Nick has one of his first jobs working for an openly-gay state senate candidate. The candidate has been receiving death threats, a lot of them, and it’s Nick’s job to keep him alive until the election.

I really enjoyed both novellas. I love how he adds a little bit of history in the novellas such as the peanut farmer running for president. I have one question though: who ran for president in 1980 who became famous selling 20 Mule Team Borax? The choices seem to be Ted Kennedy, U.S. senator from Massachusetts, Jerry Brown, governor of California, and Cliff Finch, former governor of Mississippi. None seem to fit the bill.

I highly recommend the Boystown prequels. I can’t wait to delve into Thornton’s other Boystown detective books.

Rejoice in hope, be patient in tribulation, be constant in prayer. – Romans 12:12

Do not be anxious about anything, but in everything by prayer and supplication with thanksgiving let your requests be made known to God. – Philippians 4:6

I am generally a patient person. When in a restaurant, I never get impatient with the wait staff when it takes a while to get my food. I might get hungrier, but not impatient. When waiting at a doctor’s office, I’m patient and know that I will be seen as soon as possible. When everyday things happen, I am patient. It’s when the extraordinary happens that I become impatient. It’s been two weeks since the lady in Chicago told me she’d make the arrangements for me to come to Chicago. She said she’d get to it “soon.” After a week, I emailed her and was told she was working on it. This is one of those extraordinary things that make me impatient. It could be life changing. I just don’t know what will happen.

I do have hope and the Lord says to rejoice in hope. My need to be patient is a mere tribulation. Prayer will soothe my worrying mind. Philippians. 4:6 says, “Do not be anxious about anything.” For someone who suffers from anxiety disorder, this is hard, but prayer and supplication can help. At this time of thanksgiving, I will just have to let my requests be known by God.

We can all learn from these two passages. Patience is a virtue. When we feel impatience growing, we need to turn to God in prayer. Only he can soothe our minds and help us to truly be patient. 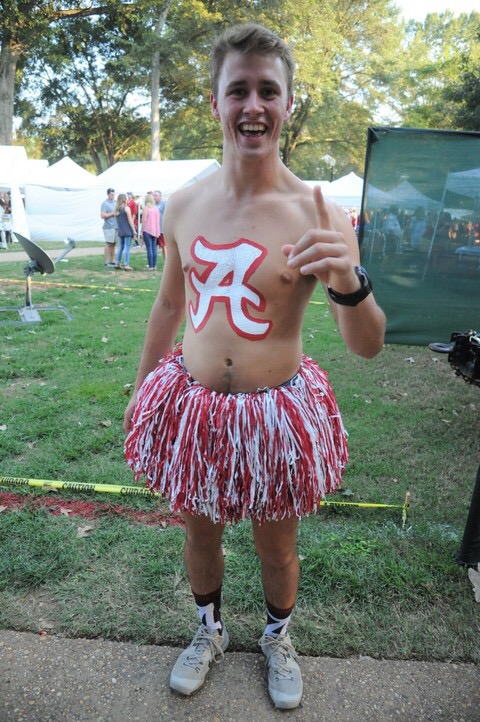 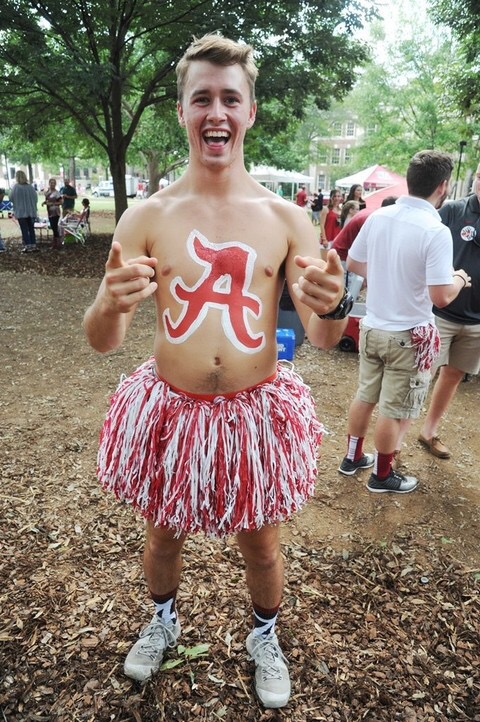 He may not be everyone’s cup of tea but I think he’s cute as a button. Roll Tide!

I have to be at the doctor’s office at 8:30 this morning. He’s going to tell me two things: I need to lose weight and I need a sleep study. I want to lose weight, that’s a no brainer, but I dread doing a sleep study. I’m pretty sure I have sleep apnea, but I don’t want to have to wear a mask to sleep in. Anyway, that’s going to be the first part of my morning.

After the doctor’s appointment, I plan to go do a little bit of shopping. I need a new dress overcoat that will look good with my new suit. I plan to go to just two stores, which I hope will not be overcrowded, and if I can’t find what I want, I have one picked out online to order.

If it’s late enough after that is done, then I plan to go get some sushi for lunch. I try to eat sushi at least once a month. I believe I’m due. I may also go get a haircut, but I haven’t made up my mind on that just yet.

Thanksgiving Day is usually filled with family and food.  There are many LGBT out there who are without their families because of the hate and bigotry that exists in this world.  I hope those who cannot be with their families, for whatever reasons, have wonderful friends with whom to share this day of Thanksgiving, and I hope they feel the love that I send their way.

I am spending the day with just me and Isabella. I had the opportunity to go to a coworker’s house, but decided to spend this Thanksgiving alone. I have my turkey, gravy, and mashed potatoes. I even have some veggies to cook. I look forward to a day of reflection and meditation on what I am thankful for this year.

I was tired last night because the night before, I’d had a severe headache that kept me awake half the night. I tried taking something over the counter, but that didn’t phase it. I ended up taking my prescription medicine. That finally worked easing the headache enough and putting me to sleep, but it left me groggy all day long. I did not want to get up yesterday morning, and I know I fell asleep at my desk at least once. 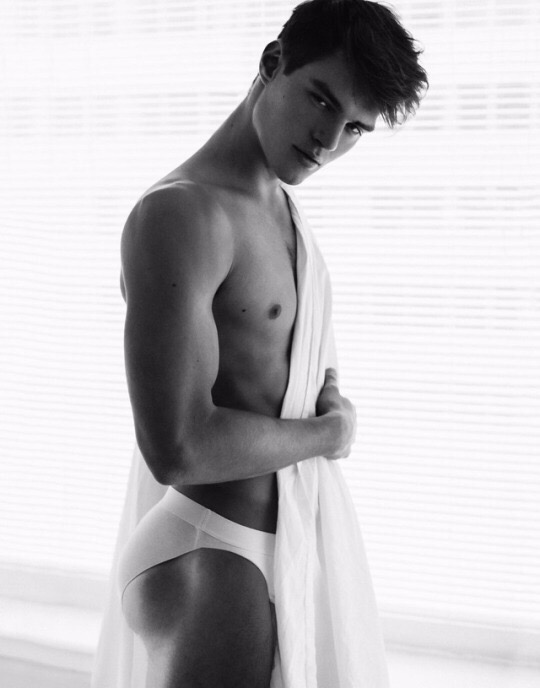 A diamond of a morning
Waked me an hour too soon;
Dawn had taken in the stars
And left the faint white moon.

O white moon, you are lonely,
It is the same with me,
But we have the world to roam over,
Only the lonely are free.