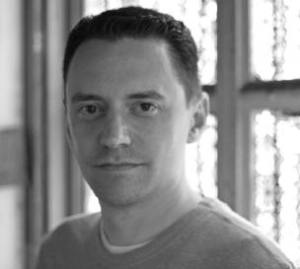 Yesterday, when I asked for book suggestions, (thanks everyone for their wonderful suggestions) I was quite surprised by Jay’s suggestion to read anything by Michael Holloway Perronne.  I was surprised because I had read Perronne’s A Time Before Me several years ago when I was living in Mississippi.  After I had read A Time Before Me, I had posted on MySpace (yes, this was back when MySpace was popular) that he was now one of my favorite authors.  What surprised me the most is that a month or so after that, I received an email from Michale thanking me for listing him as one of my favorite authors.  I wrote back about how much I had enjoyed A Time Before Me, and he then sent me an autographed bookmark in the mail as a thank you. Michael always struck me as a very kind person, so I liked him even more.  Then as things got busier in my life as they often do, I sort of lost track of his newer books, so thank you Jay for reminding me that he has continued to write and that he is still an enjoyable author.  Here is a little biography of Perronne from Wikipedia.

Michael Holloway Perronne (b. 1979, Mississippi) is an American author. His novels include: “A Time Before Me”, “Starstruck: A Hollywood Saga”, “Falling Into Me”, “Embrace the Rain”, and “A Time Before Us.”

Perronne received a great deal of publicity after sending a copy of his novel, A Time Before Me, to Alabama state lawmaker Gerald Allen who proposed that all books mentioning gay content should be banned. Allen was quoted saying, “I guess we dig a big hole and dump them in and bury them.” In response, Perronne said, “”If Mr. Allen is determined to bury such great works as The Color Purple, The Picture of Dorian Gray, and Brideshead Revisited, then I would be honored to have my own work buried with such classics.” The controversy led to Perronne making appearances on national television and mentions in national gay newsmagazines.

His debut novel, “A Time Before Me” won the Bronze Award, ForeWord Magazine’s 2006 Book of the Year Award in the Gay/Lesbian fiction category. Perronne is openly gay.

Some of his later works, including “Falling Into Me” and “A Time Before Us,” dealt with common issues gay men in their thirties face with growing older. “Embrace the Rain” examined cultural clashes between ethnic groups in a post-Hurricane Katrina coastal Mississippi where Perronne is a native.

A screenplay he co-wrote with his friend, Gina Bono, Millennium Babes From Mars, was optioned by an independent film production company.

He currently resides between Los Angeles and Mexico.

I began my life in the South and for five years lived as a closeted teacher, but am now making a new life for myself as an oral historian in New England. I think my life will work out the way it was always meant to be. That doesn't mean there won't be ups and downs; that's all part of life. It means I just have to be patient. I feel like October 7, 2015 is my new birthday. It's a beginning filled with great hope. It's a second chance to live my life…not anyone else's. My profile picture is "David and Me," 2001 painting by artist Steve Walker. It happens to be one of my favorite modern gay art pieces. END_OF_DOCUMENT_TOKEN_TO_BE_REPLACED
This entry was posted on Thursday, May 31st, 2012 at 7:00 am and posted in Book Review. You can follow any responses to this entry through the RSS 2.0 feed.
« A Good Book
DOMA Struck Down by Appeals Court »

One response to “Michael Holloway Perronne”