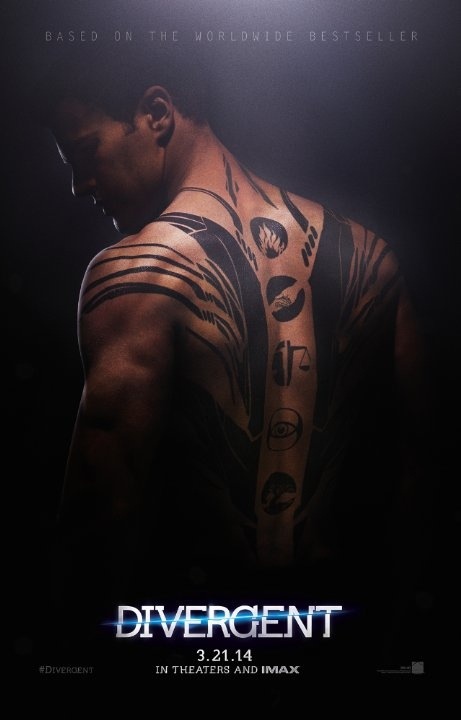 Last night, I went to see the movie Divergent, which I thought was excellent. I had just finished reading the book just prior to seeing the movie. The movie isn’t exactly like the book, but is probably as close as a book and movie can get. I loved the book and am ready to begin the second in the trilogy. One of the things I found most fascinating about the books is the idea of the factions.

In the Divergent trilogy and film, factions are societal divisions that classify citizens based on their aptitudes and values. The factions are Dauntless (the brave), Amity (the peaceful), Erudite (the intelligent), Abnegation (the selfless), and Candor (the honest). On an appointed day of every year, all sixteen-year-old’s must select the faction to which they will devote for the rest of their lives with after taking a placement test. A further explanation of the factions is below.

Abnegation do not draw attention to themselves. Instead, they help others such as the factionless (homeless). Since the Abnegation are so selfless and have no lust for power, they are the leaders of the government. Their uniform is gray loose-fitting clothing chosen so that they will blend in and be unnoticeable. They can also wear a plain watch.

Always on the run, the Dauntless jump on moving trains and battle with each other. They are known for having many tattoos and piercing. They can also be reckless and cruel in order to show their bravery. The Dauntless normally dismiss Abnegation as “Stiffs.” Their uniform is black.

The Erudite are the city’s scientists and teachers. They elect representatives based on their I.Q . An interesting faction, but they value intelligence over everything else, even compassion. Much like the ancient Greeks who felt that being cunning and outwitting your opponent was often better than brute force, though this is not always true of their faction, which can be ruthless when their values demand it. Their uniform is blue because of its significance to tranquility and intelligence.

The Amity value peace above everything. They greet each other with hugs and initiate new members with sing-alongs. They tend to be the city’s farmers, nurses, and artists. Their uniform is orange and yellow.

The Candor value honesty and can’t tell a single lie. They say whatever’s the truth, even if it gets them in trouble. They are often lawyers, for they are truthful about everything. The Candor believe that truth is black and white, so that is what they wear.

If you had to choose one of these factions, which would you choose?

I would hope that I’d be divergent, but if I had to choose a faction, I would most likely choose Erudite on the choosing day, but I most admire Abnegation, Amity and Candor. I find the Dauntless to be a bit scary. We can always hope that each of us has the best qualities of each faction within us.

I began my life in the South and for five years lived as a closeted teacher, but am now making a new life for myself as an oral historian in New England. I think my life will work out the way it was always meant to be. That doesn't mean there won't be ups and downs; that's all part of life. It means I just have to be patient. I feel like October 7, 2015 is my new birthday. It's a beginning filled with great hope. It's a second chance to live my life…not anyone else's. My profile picture is "David and Me," 2001 painting by artist Steve Walker. It happens to be one of my favorite modern gay art pieces. END_OF_DOCUMENT_TOKEN_TO_BE_REPLACED
This entry was posted on Monday, March 24th, 2014 at 7:00 am and posted in Discussion, Movie Review. You can follow any responses to this entry through the RSS 2.0 feed.
« Peace
A Regret »