Most Popular Posts of All Time 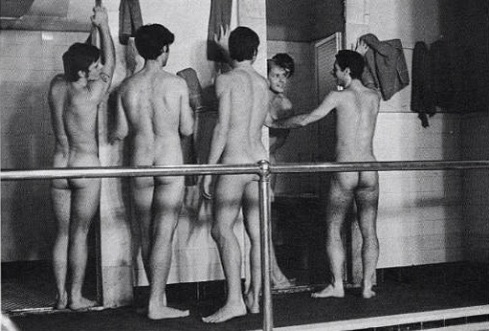 I was kind of at a loss for what to write about today (Mondays are often hard to find a topic for), so I turned to my trusty friend Google for help. I simply typed in “ideas for blog posts.” Literally hundreds of ideas popped up on the first page, but many of them were basically the same list of 101 blog post ideas. I’ve had this blog for over four years now and since I post daily, that’s a lot of ideas already used. Many of the suggestions were things I’ve done in the past. One that I haven’t done before is a list of my top posts. So I looked at my all time statistics and these posts are my top posts that have been viewed on my blog.

1. Naked Male Camaraderie
I published this post on Aug 24, 2010, and it has been my most popular post so far with 149,818 page views as of last night. A fellow blogger reported this blog post once and said that it was one of his top blog posts as well. By the way, this post probably has more nudity in one post than all of my other posts combined, but I loved the pictures of YMCAs which showed such casual nudity in the days when it was a men’s only organization. Seeing these pictures, it’s no wonder that the Village People sang a song about it being “fun to stay at the YMCA.”

2. Gays and the Old West
This post was published just over a year later on Aug 25, 2011. With 7,070 page views it is a very distant second to my post on “Naked Male Camaraderie.” However, I have always liked this post. Whenever there is a lack of women, there is often a rise in homosexual behavior, whether that is all male boarding schools, all male colleges, the military, etc. The Old West was no different.

3. Just Because You Come Out…
I have a feeling that this post, published the day before “Naked Male Camaraderie” on Aug 23, 2010, has reached 6,464 page views simply because people click to see “older posts” on my most popular post. However, this post holds a great deal of meaning for me. It was part of a series of posts about coming out. It was largely my personal experience with coming out and this one in particular was a bit melancholy because, even though I have been out for nearly a decade and a half and have been mostly back in the closet for the past five years, I am still a single gay man, who is not very good with relationships.

4. Naked Warriors in History
This post from Aug 13, 2010, which has garnered 5,030 views, is one of those posts that I found fascinating to write. Since I was an undergrad and first studied the Picts of ancient Scotland, I have been fascinated with these warriors who went into battle naked and painted blue.

5. Naked Sleeping and Relationships
This Aug 20th post from this year is a bit of a surprise. In less than three months, it has been viewed 4,708 times. It probably has more to do with the title than anything else.

6. Smart, Studious, Involved
I am almost certain that the reason this post has had 1,589 views since it was posted on Jul 7, 2011, is not because it is about gay guys being better students, but because the pictures I used are of the very hot actor Colton Haynes kissing another guy. Since I love Colton Haynes (and I do think he is gay, even of his publicist wants to hide that), I had to add a number six to this list, when my personal aesthetic would have preferred to keep to the top five posts.

As many of you know, I also have a mirror/back-up blog on WordPress. The same content is published their daily and it links with my Twitter account. It has only been in existance for about a year or so, but it does have all the same posts. Surprisingly, the top five most popular posts on that blog are mostly different.

Part of the difference here as opposed to my blog’s Blogger version is usually this blog gets link to in different ways. Often the page views for Blogger comes from Google keyword searches, whereas many of my WordPress page views come from either Facebook, Reddit, or other discussion boards.

I began my life in the South and for five years lived as a closeted teacher, but am now making a new life for myself as an oral historian in New England. I think my life will work out the way it was always meant to be. That doesn't mean there won't be ups and downs; that's all part of life. It means I just have to be patient. I feel like October 7, 2015 is my new birthday. It's a beginning filled with great hope. It's a second chance to live my life…not anyone else's. My profile picture is "David and Me," 2001 painting by artist Steve Walker. It happens to be one of my favorite modern gay art pieces. END_OF_DOCUMENT_TOKEN_TO_BE_REPLACED
This entry was posted on Monday, November 10th, 2014 at 7:00 am and posted in Miscellaneous. You can follow any responses to this entry through the RSS 2.0 feed.
« Proactive in Faith
In Flanders Field »