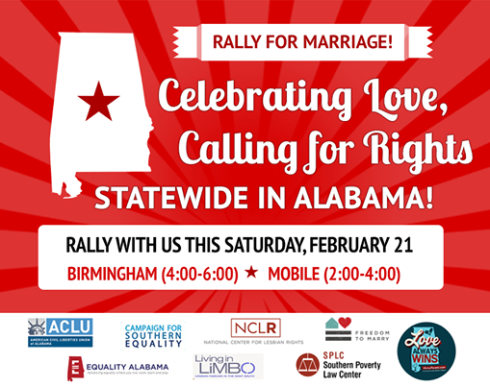 I never listen to the radio in the mornings. I used to listen to NPR every morning on the way to school, but occasionally they get on a story and they are as bad as all the other news sources and just go on and on ad nauseam. So, I usually listen to an audiobook to and from school. But this morning, I was having trouble with the phone syncing to the radio and it kept playing the actual radio station, which happened to have “The Rick and Bubba Show” on the station. I used to listen to Rick and Bubba fifteen years ago back when it was largely a comedy show and they still played music, but since then they have gone so far to the Christian Right politically and religiously that I can’t even begin to listen to it.

The less than two minutes I accidentally heard the show, it was like listening to a racing lunatic on the radio. Rick Burgess has such a blind hatred of President Obama and all things liberal that he sounds like a religious fanatic, which he is. This morning he was ranting about how Obama decries any criticism of Islam while chastising anyone in support of Christianity. It was a load of shit. Rick would say the same thing about me. I hate when other people are ignorant and dismissive of a religion just because it is different from theirs and they don’t understand it. I probably didn’t hear more than 20 seconds of the show and in that time, he raged against Obama’s “hatred” of Christianity and got on the topic of same-sex marriage in Alabama.

Rick Burgess happens to be a fanatical supporter of Alabama’s Chief Clown Roy Moore. Burgess last week sent out a message on Twitter stating that Alabama probate judges claiming to be Christians should make a stand and refuse to sign same sex marriage license. Then, in a follow-up statement to AL.com, Burgess urged judges to follow the example of King in fighting unjust segregationist laws.

“If you are a Christian and a probate judge do you condone a version of marriage that goes against God even though it’s the current law of the land? Martin Luther King Jr. in his letter from a Birmingham jail covered this when explaining to fellow pastors why he would continue to break “unjust” laws.”

This coming from a man who we all know doesn’t hate Obama because he’s “not a Christian” but because Obama is part African-American. All southern (and most national) conservatives don’t hate Obama solely because he is a Democrat but at least 75 percent of their hatred is because he’s “black.” It pisses me off that someone like Rick Burgess will hate a man because he’s black and then turn around and used Dr. King as an example for judges to hold themselves to a “Christian” standard.

Honestly, I can’t understand why anyone would listen to the dribble that comes from the mouths of Rick and Bubba. Not only will I not find myself accidentally listening to them again, but I will never tune to that radio station again.

By the way, I’d also love to be attending the Rally for Marriage in either Birmingham or Mobile tomorrow. I wish they were holding one in Montgomery, but maybe I will head to one of the rallies. If you are around Birmingham or Mobile, I encourage you to go. Show your support for the Alabama probate judges who are doing the right thing and for the right for gay people to marry and have some equality in Alabama.

I began my life in the South and for five years lived as a closeted teacher, but am now making a new life for myself as an oral historian in New England. I think my life will work out the way it was always meant to be. That doesn't mean there won't be ups and downs; that's all part of life. It means I just have to be patient. I feel like October 7, 2015 is my new birthday. It's a beginning filled with great hope. It's a second chance to live my life…not anyone else's. My profile picture is "David and Me," 2001 painting by artist Steve Walker. It happens to be one of my favorite modern gay art pieces. END_OF_DOCUMENT_TOKEN_TO_BE_REPLACED
This entry was posted on Friday, February 20th, 2015 at 7:00 am and posted in News. You can follow any responses to this entry through the RSS 2.0 feed.
« Gong Hei Fat Choi: Happy Chinese New Year!
Moment of Zen: Tennis »