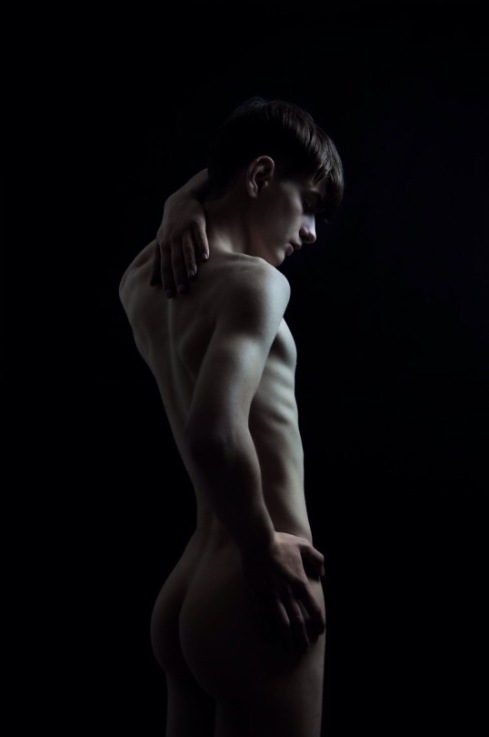 To me, fair friend, you never can be old (Sonnet 104)
by William Shakespeare

To me, fair friend, you never can be old,
For as you were when first your eye I ey’d,
Such seems your beauty still. Three winters cold,
Have from the forests shook three summers’ pride,
Three beauteous springs to yellow autumn turn’d,
In process of the seasons have I seen,
Three April perfumes in three hot Junes burn’d,
Since first I saw you fresh, which yet are green.
Ah! yet doth beauty like a dial-hand,
Steal from his figure, and no pace perceiv’d;
So your sweet hue, which methinks still doth stand,
Hath motion, and mine eye may be deceiv’d:
For fear of which, hear this thou age unbred:
Ere you were born was beauty’s summer dead.
In this poem, Shakespeare uses his first memories of meeting his lover as inspiration for this poem. This sonnet makes it clear that the passion he feels for his male lover (possibly the Earl of Southhampton) is one of the most intense experiences of his life. His “fair friend” is the most important thing in his life. Their love is eternal, and his lover is eternal, both in beauty and spirit.

The three Aprils and three Junes suggest that the two were together for just three years. There was also a three years age difference between the 18 year old Shakespeare and the 21 year old Southampton at the time of Shakespeare’s marriage to Anne Hathaway. Some critics of this method of interpreting the three years argue that the poet’s use of ‘three’ years specifically may be simply a poetic convention (based on the significance of the number three in the Bible) and not a literal reference to the time he has spent with his lover.

Whatever the case may be, Saturday, April 23, 2016 marked the 400th anniversary of Shakespeare’s death. Today, actually marks the 452 year of his baptism which is the closest evidence we have to knowing Shakespeare’s date of birth.

I began my life in the South and for five years lived as a closeted teacher, but am now making a new life for myself as an oral historian in New England. I think my life will work out the way it was always meant to be. That doesn't mean there won't be ups and downs; that's all part of life. It means I just have to be patient. I feel like October 7, 2015 is my new birthday. It's a beginning filled with great hope. It's a second chance to live my life…not anyone else's. My profile picture is "David and Me," 2001 painting by artist Steve Walker. It happens to be one of my favorite modern gay art pieces. END_OF_DOCUMENT_TOKEN_TO_BE_REPLACED
This entry was posted on Tuesday, April 26th, 2016 at 7:00 am and posted in Poetry. You can follow any responses to this entry through the RSS 2.0 feed.
« Monday, Monday
Snow »