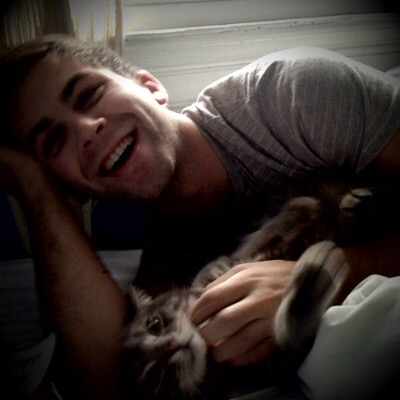 I had a pretty laid back weekend. Not by choice but by necessity. Starting last Wednesday night, I had a bad headache. It lasted through Sunday. After working with this headache Thursday and Friday, I needed the weekend to recuperate. So Isabella and I took it easy. As most cats do, she has taken over the apartment. She knows who is the real queen around here, and she’s let me know it. Thankfully, she’s a benevolent, kind, and loving ruler. She enjoys watching TV, and mostly she seems to enjoy what I watch.

Last night was the season finale of Game of Thrones, so we spent much of yesterday rewatching the season leading up to tonight’s finale. What a finale it was too! Next season should be very interesting. You may think that I am joking about Isabella watching TV but she sat right next to me with her eyes glued on the screen. She was sitting on a pillow and seemed to quite enjoy the season finale as much as I did. There were parts that I was disappointed about but I won’t spoil it for those who haven’t seen it, but overall, it was mostly what I expected.

I’m hoping to wake up this the morning refreshed from the weekend and ready for the week ahead. Hopefully, it will be a headache free weekend. We will see how it goes. I hope each of you have a great week too.

I began my life in the South and for five years lived as a closeted teacher, but am now making a new life for myself as an oral historian in New England. I think my life will work out the way it was always meant to be. That doesn't mean there won't be ups and downs; that's all part of life. It means I just have to be patient. I feel like October 7, 2015 is my new birthday. It's a beginning filled with great hope. It's a second chance to live my life…not anyone else's. My profile picture is "David and Me," 2001 painting by artist Steve Walker. It happens to be one of my favorite modern gay art pieces. END_OF_DOCUMENT_TOKEN_TO_BE_REPLACED
This entry was posted on Monday, June 27th, 2016 at 7:00 am and posted in Health, Isabella, Television. You can follow any responses to this entry through the RSS 2.0 feed.
« The Message
Dancing Queen »