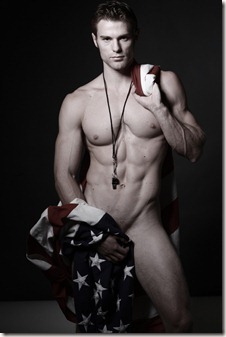 Memorial Day is a United States federal holiday observed on the last Monday of May. Formerly known as Decoration Day, it commemorates men and women who died while in military service to the United States. First enacted to honor Union and Confederate soldiers following the American Civil War, it was extended after World War I to honor Americans who have died in all wars.

Memorial Day often marks the start of the summer vacation season, and Labor Day its end.

Begun as a ritual of remembrance and reconciliation after the civil war, by the early 20th century, Memorial Day was an occasion for more general expressions of memory, as ordinary people visited the graves of their deceased relatives, whether they had served in the military or not. 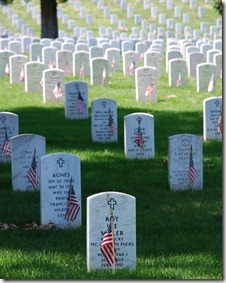 By 1865 the practice of decorating soldiers’ graves had become widespread in the North. The first known observance was in Boalsburg, Pa on October, 1864, and each year thereafter. The friendship between General John Murray, a distinguished citizen of Waterloo, and General John A. Logan, who helped bring attention to the event nationwide, was likely a factor in the holiday’s growth. On May 5, 1868, in his capacity as commander-in-chief of the Grand Army of the Republic – the organization for Northern Civil War veterans – Logan issued a proclamation that “Decoration Day” should be observed nationwide. It was observed for the first time on May 30 of the same year; the date was chosen because it was not the anniversary of a battle.

There were events in 183 cemeteries in 27 states in 1868, and 336 in 1869. The northern states quickly adopted the holiday; Michigan made “Decoration Day” an official state holiday in 1871 and by 1890 every northern state followed suit. The ceremonies were sponsored by the Women’s Relief Corps, which had 100,000 members. By 1870, the remains of nearly 300,000 Union dead had been buried in 73 national cemeteries, located mostly in the South, near the battlefields. The most famous are Gettysburg National Cemetery in Pennsylvania and Arlington National Cemetery, near Washington.

The Memorial Day speech became an occasion for veterans, politicians and ministers to commemorate the war – and at first to recall the atrocities of the enemy. They mixed religion and celebratory nationalism and provided a means for the people to make sense of their history in terms of sacrifice for a better nation, one closer to their God. People of all religious beliefs joined together, and the point was often made that the German and Irish soldiers had become true Americans in the “baptism of blood” on the battlefield. By the end of the 1870s the rancor was gone and the speeches praised the soldiers of both the Union and Confederacy. By the 1950s, the theme was American exceptionalism and duty to uphold freedom in the world. In 1882, the name of Decoration Day was formally changed to Memorial Day in “memory” and ‘honor” of those who gave their lives fighting for a common cause, America.

I began my life in the South and for five years lived as a closeted teacher, but am now making a new life for myself as an oral historian in New England. I think my life will work out the way it was always meant to be. That doesn't mean there won't be ups and downs; that's all part of life. It means I just have to be patient. I feel like October 7, 2015 is my new birthday. It's a beginning filled with great hope. It's a second chance to live my life…not anyone else's. My profile picture is "David and Me," 2001 painting by artist Steve Walker. It happens to be one of my favorite modern gay art pieces. END_OF_DOCUMENT_TOKEN_TO_BE_REPLACED
This entry was posted on Monday, May 29th, 2017 at 7:00 am and posted in History. You can follow any responses to this entry through the RSS 2.0 feed.
« Grace Works For Us Too!
The Phantoms For Which Clothes Are Designed »