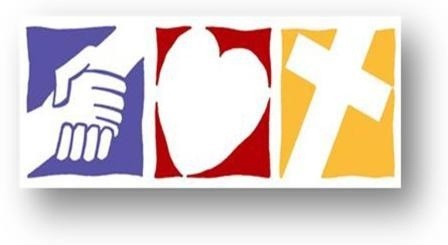 Let all bitterness and wrath and anger and clamor and slander be put away from you, along with all malice. Be kind to one another, tenderhearted, forgiving one another, as God in Christ forgave you.
Ephesians 4:31-32

There are many people in this world who only look at the negatives of religion. They consider religion to be exclusive, not inclusive. They dwell on what not to do, instead of what should be done. Some of these same people are religious, others are not. However, this view of Christianity is as far from my belief as possible. This is a pessimistic view of religion, and as someone who decided years ago that a positive attitude is far greater than a negative attitude, I look to a far more optimistic view of Christianity.

The two verses above are just two of many examples in the Bible that shows the optimistic view of Christianity. More than anything, I believe in the inclusiveness of Christianity. God loves us all, and we are told that we should love all. This type of love is called agape. Agape often translated “unconditional love”, is one of the Koine Greek words translated into English as love, one which became particularly appropriated in Christian theology as the love of God or Christ for humankind. In the New Testament, it refers to the covenant love of God for humans, as well as the human reciprocal love for God; the term necessarily extends to the love of one’s fellow man.

Although the word agape does not have specific religious connotation, the word has been used by a variety of contemporary and ancient sources, including biblical authors and Christian authors. Greek philosophers at the time of Plato and other ancient authors have used forms of the word to denote love of a spouse or family, or affection for a particular activity, in contrast to philia (an affection that could denote friendship, brotherhood or generally non-sexual affection) and eros, an affection of a sexual nature. The term agape is rarely used in ancient manuscripts, but was used by the early Christians to refer to the self-sacrificing love of God for humanity, which they were committed to reciprocating and practicing towards God and among one another (also see kenosis). When 1 John 4:8 says “God is love,” the Greek New Testament uses the word agape to describe God’s love.

Anyone who proclaims that Christianity is a negative religion and focuses only on what not to do, need look only at the Sermon on the Mount (Matthew 5:3-7:27) to be proven wrong. The Beatitudes (Matthew 5:3-12) are enough in themselves to show the positive nature of what Christianity should be:

If more people would follow the teachings of Jesus Christ instead of focusing on the negatives, then I honestly and wholeheartedly believe that the world would be a better place.