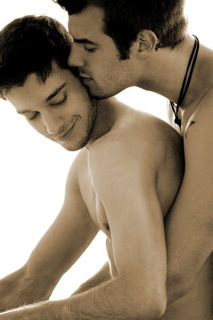 It is in the small things we see it.
The child’s first step,
as awesome as an earthquake.
The first time you rode a bike,
wallowing up the sidewalk.
The first spanking when your heart
went on a journey all alone.
When they called you crybaby
or poor or fatty or crazy
and made you into an alien,
you drank their acid
and concealed it.

Later,
if you faced the death of bombs and bullets
you did not do it with a banner,
you did it with only a hat to
comver your heart.
You did not fondle the weakness inside you
though it was there.
Your courage was a small coal
that you kept swallowing.
If your buddy saved you
and died himself in so doing,
then his courage was not courage,
it was love; love as simple as shaving soap.

Later,
if you have endured a great despair,
then you did it alone,
getting a transfusion from the fire,
picking the scabs off your heart,
then wringing it out like a sock.
Next, my kinsman, you powdered your sorrow,
you gave it a back rub
and then you covered it with a blanket
and after it had slept a while
it woke to the wings of the roses
and was transformed.

Later,
when you face old age and its natural conclusion
your courage will still be shown in the little ways,
each spring will be a sword you’ll sharpen,
those you love will live in a fever of love,
and you’ll bargain with the calendar
and at the last moment
when death opens the back door
you’ll put on your carpet slippers
and stride out.

I began my life in the South and for five years lived as a closeted teacher, but am now making a new life for myself as an oral historian in New England. I think my life will work out the way it was always meant to be. That doesn't mean there won't be ups and downs; that's all part of life. It means I just have to be patient. I feel like October 7, 2015 is my new birthday. It's a beginning filled with great hope. It's a second chance to live my life…not anyone else's. My profile picture is "David and Me," 2001 painting by artist Steve Walker. It happens to be one of my favorite modern gay art pieces. END_OF_DOCUMENT_TOKEN_TO_BE_REPLACED
This entry was posted on Tuesday, November 8th, 2011 at 8:17 am and posted in Poetry. You can follow any responses to this entry through the RSS 2.0 feed.
« Courage Is Our Virtue and Freedom Is Our Goal
A Very British Sex Scandal »

4 responses to “Courage by Anne Sexton”