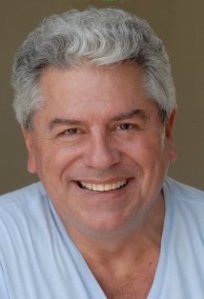 When I was first coming to terms with my sexuality, I discovered gay cinema at a local video store which had a wonderful selection of foreign and independent movies. The first video I picked up was the 1994 French movie “Wild Reeds.”. I will have to do a post soon about my gay cinema journey to coming out, but that is not what this post is about. This post is about the delightful actor Steve Hayes. The other night I came across a YouTube clip on Joe.My.God of Steve Hayes, an actor who I had first saw in the movie “Trick,” one of the first Fay movies I saw. If you have not seen it, it is a delightful movie and I have included a synopsis below and a clip of Hayes in it.

Gabriel, an aspiring writer of Broadway musicals, meets Mark, a muscled stripper, who picks him up on the subway. They spend the night trying to find somewhere to be alone… forced to contend with Gabriel’s selfish roommate, his irritating best friend, and a vicious, jealous drag queen in a gay dance club. The sun rises on a promising new relationship. Steve Hayes sings a memorable and catchy little tune in the movie, and I have to admit, I have loved him since I first saw it. There is a clip below.

Now on to Steve Hayes. As already mentioned, Hayes starred as Perry in the Fine Line Features motion picture “Trick” directed by Jim Fall and starring Tori Spelling and Christian Campbell. “Trick” was nominated for Best Picture at the Sundance Film Festival. He recently completed the film; “The Big Gay Musical,” in which he sings three songs and plays GOD. He won Oustanding Actor at the International New York Fringe Theatre Festival. As a comedian, Steve is a nine time nominee and three time winner of the Manhattan Association of Cabarets and Clubs MAC Award for Outstanding Comedian and Characterization. He is also the recipient of the Backstage Bistro Award for Comedy Performer of the Year. He is a six time recipient of the ASCAP.

All that aside, the YouTube clip I came across was a series he hosts. Hayes is the host of the information/comedy show “STEVE HAYES: Tired Old Queen at the Movies,” which is seen weekly around the world on YouTube. “Tired Old Queen At The Movies” offers the dish on the classic movies we thought we knew and most likely didn’t. How they were made, why they’re classic, and what happens when they become the fixation of a man from upstate New York who was “raised by Warner Brothers.”. From Film Noir to Screw Ball Comedies, Social Dramas to Camp Classics, nothing escapes his scrutiny. Using his vast knowledge of film and Hollywood history, he not only describes the various films, but provides the inside scoops on who got who to do what to whom in order to get what was made, made. With a new segment every week, each two to four minute segment is shot on location in Thornfield Manor, Steve’s overly-opulent , nostalgia filled, sumptuously cluttered, Studio apartment and hosted by fellow actor John Bixler, Steve recommends what classics to see, what to avoid, what to take seriously, what not to and what to run out and rent as soon as the show is over. He also has a sharp, sexy wit that you just don’t find in the many gay men today, the kind where he can be giving you an explanation about why a movie is wonderfully horrible, take a tangent on why one of the actors is so sexy that your boxers will quiver, and then get right back onto the topic at hand without missing a beat.

In short, he really is an old queen, the delightful kind we don’t see often enough any longer. And I love, Love, LOVE that he’s out there making these great little pieces.

I started watching the clips, and before I knew it, two hours had passed and it was well past my bedtime. I couldn’t help myself. He reviewed movies such as “All About Eve,” “Auntie Mame,” “Key Largo,” “Roman Holiday,” “The Lion in Winter,” and so many more of my favorite classic Hollywood movies. It is obvious that his favorite Hollywood icons are Katherine Hepburn and Audrey Hepburn and director and producer Joseph Mankiewicz. Then again, they may just be part of my favorite movies, so it seems that they are his favorites. So, if you have ever wished that TCM’s Robert Osbourne was a bit funnier and camper, then you will love Steve Hayes.

P.S. Don’t get me wrong, I love Robert Osbourne and wish I had his job, but Steve is a lot more fun.  TCM really needs to hire him.

I began my life in the South and for five years lived as a closeted teacher, but am now making a new life for myself as an oral historian in New England. I think my life will work out the way it was always meant to be. That doesn't mean there won't be ups and downs; that's all part of life. It means I just have to be patient. I feel like October 7, 2015 is my new birthday. It's a beginning filled with great hope. It's a second chance to live my life…not anyone else's. My profile picture is "David and Me," 2001 painting by artist Steve Walker. It happens to be one of my favorite modern gay art pieces. END_OF_DOCUMENT_TOKEN_TO_BE_REPLACED
This entry was posted on Wednesday, May 9th, 2012 at 7:00 am and posted in Movie Review, Video. You can follow any responses to this entry through the RSS 2.0 feed.
« Romance Sonambulo
Video from Trick »

3 responses to “Steve Hayes: Not Just Any Tired Old Queen”