Often, my MoZ for the week is a picture that I think is sexy or puts a smile on my face or something that I just enjoy.  It’s meant to be a picture that brings a brightness to my day and yours.  This week, though, I had a true Zen moment.  It was a moment of peace and tranquillity, of happiness and contentment.  Actually there were several this week with my boyfriend: eating dinner in a restaurant at the top of a mountain with an incredible view, hiking trails and looking at the scenic beauty of Alabama, cuddling together and watching a movie, or sitting outside on a beautiful evening watching the sunset.  There were many other moments of intimacy that I will leave to your imagination. However, the true moment of Zen, that true bliss, came as I was laying next to my boyfriend, my head on his chest, and I realized in that moment I didn’t have any pain (not even the minimum trace of a headache), I was happy and content (no depressive thoughts), and I was in the arms of someone I really care about and want to be with as much as possible.
It really was the best week.  I’m still experiencing some residual headaches, but they are less and less and there is more time between attacks.  It’s no longer constant.  I still have points when I’m sad, but it’s because of something, such as saying goodbye to my boyfriend and not getting to see him for a few days.  The amazing thing is that the pain is no longer constant nor is the depression.  I’m beginning to see real relief and that’s a moment of Zen in itself.
I think this is the most I’ve ever said in an MoZ post before, but this MoZ was not about the picture, but the moment, though I think I found a pretty good picture to illustrate it. 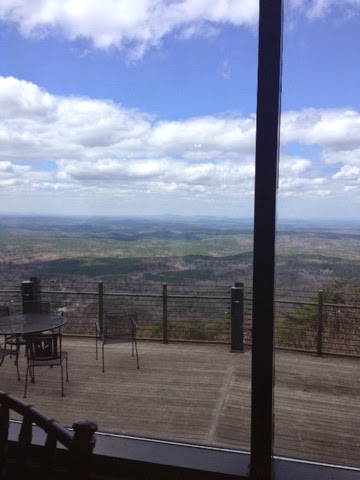 The view from the restaurant. 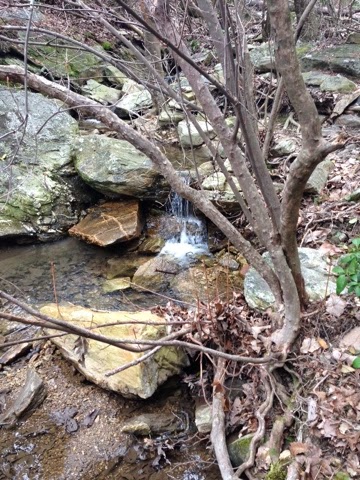 A very small waterfall on a stream by the hiking trail. 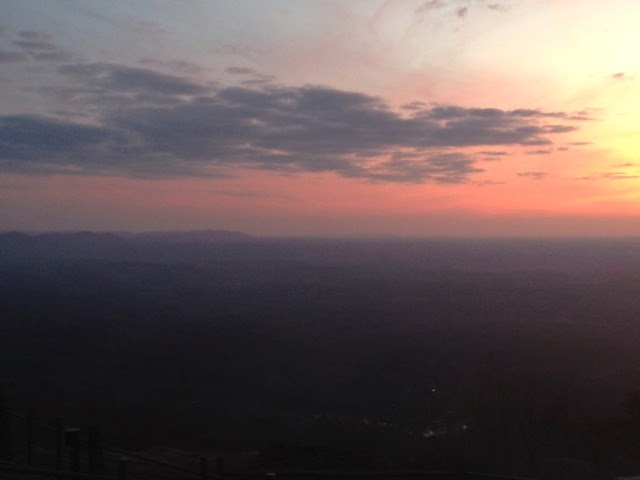 An Alabama sunset at its most beautiful.

I began my life in the South and for five years lived as a closeted teacher, but am now making a new life for myself as an oral historian in New England. I think my life will work out the way it was always meant to be. That doesn't mean there won't be ups and downs; that's all part of life. It means I just have to be patient. I feel like October 7, 2015 is my new birthday. It's a beginning filled with great hope. It's a second chance to live my life…not anyone else's. My profile picture is "David and Me," 2001 painting by artist Steve Walker. It happens to be one of my favorite modern gay art pieces. END_OF_DOCUMENT_TOKEN_TO_BE_REPLACED
This entry was posted on Saturday, March 28th, 2015 at 7:00 am and posted in Health, Moment of Zen, Travel. You can follow any responses to this entry through the RSS 2.0 feed.
« A Few Thoughts…Happiness
Inclination by Mia Kerick »