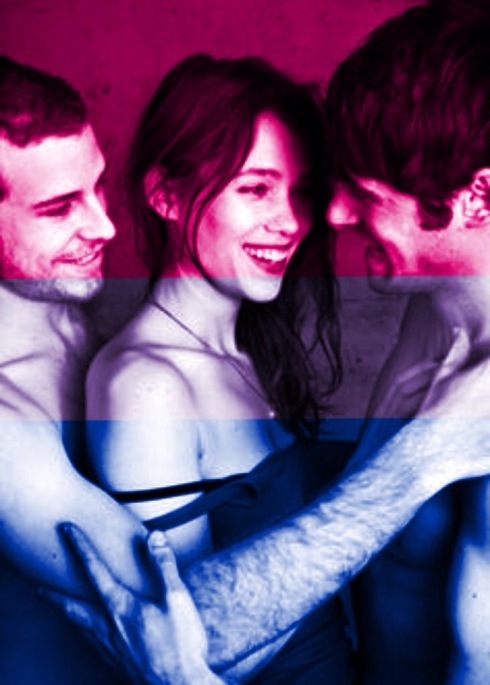 Even though roughly half of the LGBT community identifies as bisexual, they’re seldom represented in the media. Nevertheless, more and more millennials are beginning to view themselves as bisexual and sexually fluid. A recent YouGov study discovered that a third of 18-24 year olds in the U.S. and Israel put themselves along a continuum of sexuality, rather than at either end. In the UK, roughly 50% don’t view themselves as 100% gay or straight.

This feeling of isolation contributes to a slew of mental health issues that highly correlate with bisexuality. Bisexuals have high rates of depression, suicidality, self-harm, smoking and alcohol abuse, and intimate-partner violence. Recent data from a Human Rights Campaign study revealed that bisexual youth are less likely than lesbian and gay youth to feel there’s a supportive adult they can talk to.

These feelings of isolation also keep bisexuals closeted because they don’t feel as if they have a bi community. They don’t think people will accept us. It’s estimated that only 28% of bisexuals come out. Research from Dr. Eric Schrimshaw of Columbia University Mailman School of Public Health revealed that most bisexual men know their sexuality. Their reasons for not disclosing it don’t arise from confusion, but rather they don’t come out because they fear rejection from their partners and ostracization from their families and communities.

Bisexuals face additional hardships that monosexuals (either gay or straight) don’t experience. The only way to change this is through visibility. This is why this week—Bisexual Awareness Week—is so important. This is why bi-visibility matters. This is why it’s crucial that bisexuals come out as often and to as many people as we can. Not only will your decision to come out create more visibility for others, you will also start to meet other bi folks, and can become an integral member of the bisexual community. So please, come out and share you story. Let’s make it easier for the next, growing generation of bisexuals to be out, comfortable, and proud of who they are.

Adapted from an Out Magazine article.

I began my life in the South and for five years lived as a closeted teacher, but am now making a new life for myself as an oral historian in New England. I think my life will work out the way it was always meant to be. That doesn't mean there won't be ups and downs; that's all part of life. It means I just have to be patient. I feel like October 7, 2015 is my new birthday. It's a beginning filled with great hope. It's a second chance to live my life…not anyone else's. My profile picture is "David and Me," 2001 painting by artist Steve Walker. It happens to be one of my favorite modern gay art pieces. END_OF_DOCUMENT_TOKEN_TO_BE_REPLACED
This entry was posted on Thursday, September 22nd, 2016 at 7:00 am and posted in Pride. You can follow any responses to this entry through the RSS 2.0 feed.
« Those Kinky Romans
Monogamy »