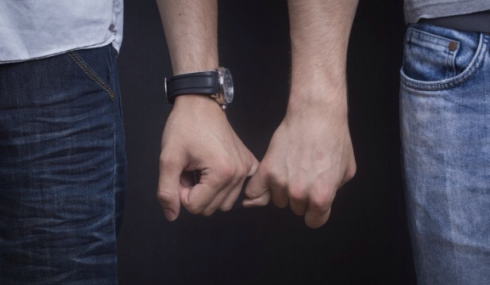 After all this talk of open relationships and polyamorous love, a new study has just found that younger gay couples are trending toward monogamy once again. At least, according to a new study.

The study, titled “Choices: Perspectives of Younger Gay Men on Monogamy, Non-monogamy and Marriage,” was conduced by researchers Blake Spears and Lanz Lowen. They surveyed over 800 single, monogamously-coupled, and non-monogamously coupled gay men ages 18-40 years about their relationships. A handful of “monogamish” men were also interviewed.

I began my life in the South and for five years lived as a closeted teacher, but am now making a new life for myself as an oral historian in New England. I think my life will work out the way it was always meant to be. That doesn't mean there won't be ups and downs; that's all part of life. It means I just have to be patient. I feel like October 7, 2015 is my new birthday. It's a beginning filled with great hope. It's a second chance to live my life…not anyone else's. My profile picture is "David and Me," 2001 painting by artist Steve Walker. It happens to be one of my favorite modern gay art pieces. END_OF_DOCUMENT_TOKEN_TO_BE_REPLACED
This entry was posted on Friday, September 23rd, 2016 at 7:00 am and posted in News. You can follow any responses to this entry through the RSS 2.0 feed.
« Bisexual Awareness Week
Moment of Zen: Selfies Like This »