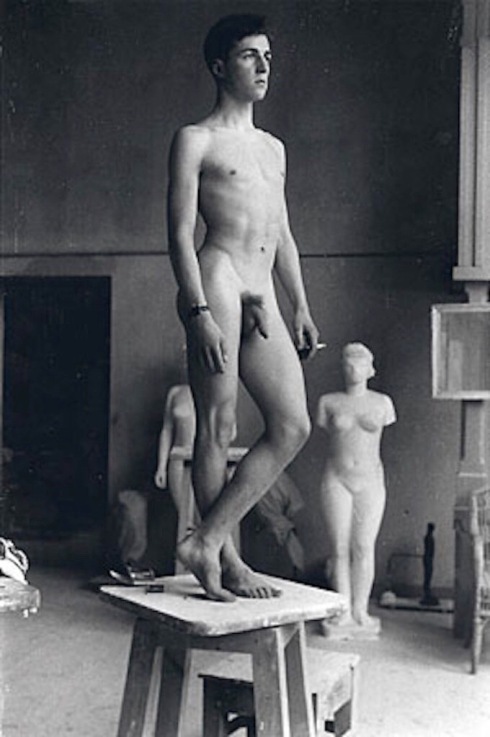 Fritz Morgenthaler (Swiss 1919-1984) was later the first psychoanalyst who said that homosexuality is not an illness or a psychological defect.

Fritz Morgenthaler, a Swiss physician specializing in neurology and a member of the Swiss Psychoanalytic Society, was born at Oberhofen on July 19, 1919 and died on October 26, 1984, while visiting Addis Ababa.

The son of a famous painter (Ernst Morgenthaler) and doll designer Sacha Morgenthaler-von Sinner, he was also a painter and a professional juggler. He was educated in Zurich and Paris, studied medicine in Zurich and then worked as a physician in war-torn Bosnia for one year. This was the beginning of his friendship, then scientific collaboration and, beginning in 1952, joint practice with Paul Parin and Goldy Parin-Matthèy. In 1947 he commenced his analysis with Rudolf Brun. Between 1954 and 1971, Morgenthaler accompanied the Parins on six voyages of ethno-psychoanalytic research in West Africa (Parin, et al., 1963, 1971).

Most of Morgenthaler’s remarkable influence was due to his charm and the intellectual sparkle of his personality as a lecturer, seminar director, and supervisor. Starting from a case history or a dream, he had an exceptional gift for communicating the psychic functioning of the patient, the unconscious emotional relations between the analyst and the analysand, and for discovering new and unexpected aspects therein. His original approach to Freud’s dream in 1986: Ein Traum als Beweismittel (An evidential dream) is a good example of this: although he may not have opened up new theoretical pathways, he used Freudian concepts pertinently and effectively.

His often playfully dialectic mode of thinking earned him divided opinions with regard to the scientific value of his work. When his admirers praised him for making great progress and outstripping Freud in therapeutic technique (1978), in the theory of sexuality (1984), and in analyzing dreams (1988), more detached observers ranked him in classic psychoanalytic thinking somewhere between Freud and Kohut. In his later work he did, however, try to work politico-social (Marxist-inspired) concepts into the theory of psychic functioning, but without much success: the “sexual” as an indeterminate motion, without orientation of the primary process (1988, p. 106-107), is considered as an “emotionality” (p. 107) that alone enables us to “appear alive,” (p. 107) and this “sexual” runs up against the “dictatorship of sexuality” (1988, p. 110), which is “established by the instinctual and ego developments by means of the events in the secondary process in order to absorb the motion of the primary process, guide it into certain controllable channels, and restrict it by means of conditions” (p. 110).
“Morgenthaler, Fritz (1919-1984).” International Dictionary of Psychoanalysis. . Encyclopedia.com. (March 26, 2017). http://www.encyclopedia.com/psychology/dictionaries-thesauruses-pictures-and-press-releases/morgenthaler-fritz-1919-1984

I began my life in the South and for five years lived as a closeted teacher, but am now making a new life for myself as an oral historian in New England. I think my life will work out the way it was always meant to be. That doesn't mean there won't be ups and downs; that's all part of life. It means I just have to be patient. I feel like October 7, 2015 is my new birthday. It's a beginning filled with great hope. It's a second chance to live my life…not anyone else's. My profile picture is "David and Me," 2001 painting by artist Steve Walker. It happens to be one of my favorite modern gay art pieces. END_OF_DOCUMENT_TOKEN_TO_BE_REPLACED
This entry was posted on Monday, March 27th, 2017 at 7:00 am and posted in History. You can follow any responses to this entry through the RSS 2.0 feed.
« Taming the Tongue
Dead Leaves »