The Habit of Making Historicsl Figures Gay or Trans Is Problematic 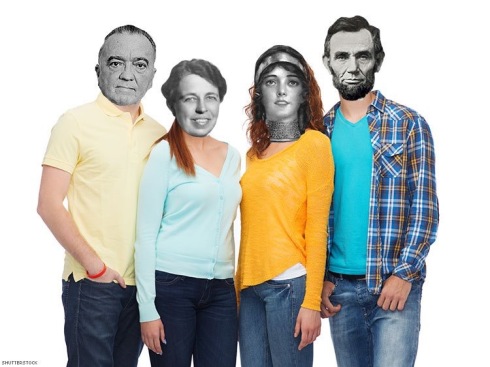 With Transgender Day of Visibility and the GLAAD Media Awards occurring during the same week and with Pride Month just a few months away, it made me reflect on LGBT history and historiography. If you don’t know what historiography is, it can be defined as “the writing, methods of scholarship, and selection of materials to create a narrative of history that will stand the test of critical review.” It’s the work that historians engage in to help us understand our past. There are numerous approaches to it that have risen and fallen in popularity over time from Great Man, Annales School, and Marxist to Consensus and New Left, each with its own merits and followings. However, the challenge they all share is how to reconcile their views with the complexity of human existence and its past. As part of that, LGBT history faces the same dilemmas and the same issues with reconciling the past without falling subject to fallacies commonly found in historical thought.

It’s only been in the last few decades that being LGBT has moved beyond being seen as merely a sexuality or way of expressing yourself but a genuine group identity. As with any emerging group, there is a drive to create a historical narrative of where we came from, to create a mythology that includes virtuous heroes, and to place us within the greater society. This is nothing new or special, as every group in history has done it — nations, ethnicities, genders, religions, and even various professions. To want to find a place in the historical narrative of humanity is simply an act of being human, yet as such can be entirely flawed and problematic. This is not to say that what LGBT people are doing is wrong — far from it — it’s just that we need to be aware of these problems and work to correct them, as the process can ultimately work against our goals of acceptance.

The major problem where this occurs is the same problem that has plagued other groups, which is forming a selective narrative and projecting our current worldviews into the past. The first part is forming a selective narrative that tends to emphasize the good and play down or ignore the bad. A good example for Americans would be the issue of race. For example, while much focus is placed upon the South’s Jim Crow laws and slavery in our collective history, we tend to overlook that American finance and industry were funded and supported by the slave trade. Additionally, we have yet to fully resolve the contradictions of our hero Founding Fathers with their claim “All men are created equal,” while many still fought to own slaves themselves. In this regard, the LGBT community is quick to proclaim virtuous obvious heroes such as Harvey Milk, Alan Turing, and Bayard Rustin, but tends to play down those that are far less virtuous such as Roy Cohn, a man who helped persecute LGBT people and helped Donald Trump escape greater punishment for his racist housing practices. Another great example of this is J. Edgar Hoover, who helps highlight the second great problem in developing an LGBT history.

J. Edgar Hoover was never proven to be gay, though rumors circulated his entire life. Allegations about his relationship with his assistant Clyde Tolson, whom he was extremely close to, were around for years, along with Hoover’s suspiciously coincidental associations with other closeted gay men like Roy Cohn. Now, while Hoover’s sexuality will likely never be proven to a general satisfaction and many people will debate it for years, it raises a particular issue for LGBT people — that of appropriating historical figures. While there certainly are historical figures we can cite as being part of the LGBT population, such as the Emperor Hadrian, Gustave Flaubert, or Oscar Wilde, it’s when we start to take on those who have more ambiguous histories that we run into issues that may actually end up working against us. For example, it’s often said that Abraham Lincoln was gay and Joan of Arc was transgender because of the behaviors they exhibited that we see now as fitting those identities. Historians have a word for it: “presentism.”

With LGBT people, the issue is that in trying to paint many historical figures who behave in ways that seem to be “gay” that are familiar to us — or err on the side of favorable historical rumors — we run contrary to the contemporary arguments about gender and sexuality that we use to foster our own acceptance. We regularly argue that gender roles and behaviors are a social construct and therefore are constantly evolving. For example, we point out that at one point in Western history it was acceptable to be bisexual or to exhibit same-sex attraction, yet we fail to note that people of the time viewed sexual behaviors in a vastly different than we do, and the period often included complex social values and norms. We also seem to sometimes place modern views on same-sex nonsexual relationships to these figures in that “no true straight person” could have such feelings for a person without it being sexual. We cite letters and poems that express a fondness we consider romantic or sexual, when we know well that in those times and in different cultures expressions of closeness were different. Even in today’s world, while Americans might find men kissing or holding hands an overtly homosexual act, in many parts of the world, it’s simply a sign of affection and closeness, just as men sharing a bed for long periods of time in the past was completely common but seen as “queer” today. The same goes for expressions of gender behavior that we have deemed masculine or effeminate, like dress and occupation, including those that served a specific purpose. When we place a pattern of gendered behaviors from our contemporary culture onto the past, we contradict our own arguments against gender expectations.

LGBT people are not special nor really stand out in misinterpreting, appropriating, or revising history to suit their purposes over any other groups. Reconciling the good and bad LGBT figures from history will come with time and from a more reflective position when values have changed. People project their own values and views so regularly onto the past, it’s practically expected. A huge portion of the work historians do is to counter that. However, there is a unique interest in LGBT history to avoid viewing the past through our current frameworks. If we are to advocate for diversity of expression, to work against toxic views of gender and sexuality, and to show that society is better for embracing such beliefs, we cannot rewrite or whitewash history along those lines, as we end up working against our self-interest.
AMANDA KERRI is a writer and comedian based in Oklahoma City. Follow her on Twitter @EternalKerri.
Source: http://www.advocate.com/commentary/2017/4/05/habit-making-historical-figures-gay-or-trans-problematic

I began my life in the South and for five years lived as a closeted teacher, but am now making a new life for myself as an oral historian in New England. I think my life will work out the way it was always meant to be. That doesn't mean there won't be ups and downs; that's all part of life. It means I just have to be patient. I feel like October 7, 2015 is my new birthday. It's a beginning filled with great hope. It's a second chance to live my life…not anyone else's. My profile picture is "David and Me," 2001 painting by artist Steve Walker. It happens to be one of my favorite modern gay art pieces. END_OF_DOCUMENT_TOKEN_TO_BE_REPLACED
This entry was posted on Monday, April 24th, 2017 at 7:00 am and posted in History. You can follow any responses to this entry through the RSS 2.0 feed.
« Boasting About Tomorrow
Gay Haiku »