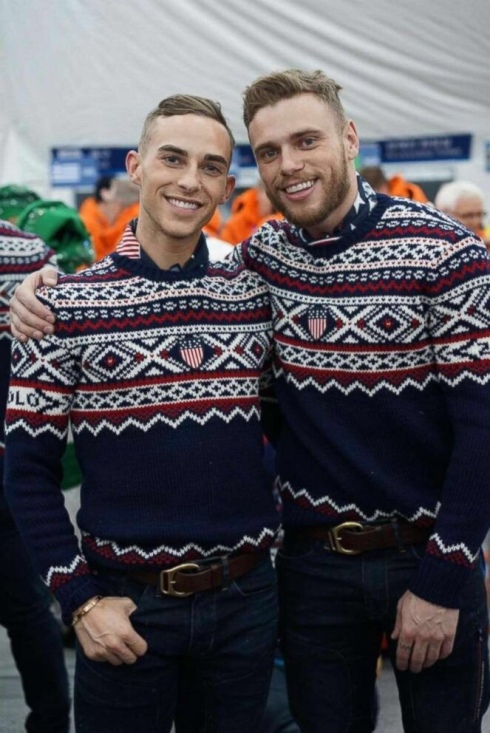 I love this picture of Adam and Gus. Both are so handsome. Adam did fabulous last night, though his score did not reflect it like it should have. Here is one more Adam and Gus pic.

Also, last night was the season finale of Star Trek: Discovery. Wow! What an episode. Like so many of the episodes this season, it was jam packed with action. Also, it had a surprise ending that I’m not sure anyone saw coming.

I began my life in the South and for five years lived as a closeted teacher, but am now making a new life for myself as an oral historian in New England. I think my life will work out the way it was always meant to be. That doesn't mean there won't be ups and downs; that's all part of life. It means I just have to be patient. I feel like October 7, 2015 is my new birthday. It's a beginning filled with great hope. It's a second chance to live my life…not anyone else's. My profile picture is "David and Me," 2001 painting by artist Steve Walker. It happens to be one of my favorite modern gay art pieces. END_OF_DOCUMENT_TOKEN_TO_BE_REPLACED
This entry was posted on Monday, February 12th, 2018 at 7:00 am and posted in Sports, Television. You can follow any responses to this entry through the RSS 2.0 feed.
« Confidence
How Do I Love Thee »