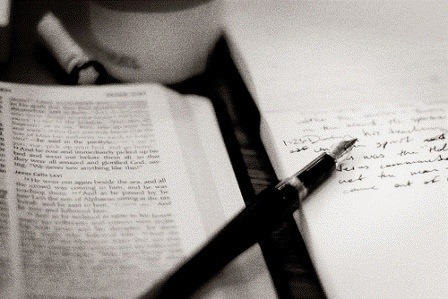 “Let not your hearts be troubled. Believe in God; believe also in me. In my Father’s house are many rooms. If it were not so, would I have told you that I go to prepare a place for you? And if I go and prepare a place for you, I will come again and will take you to myself, that where I am you may be also. And you know the way to where I am going.” Thomas said to him, “Lord, we do not know where you are going. How can we know the way?” Jesus said to him, “I am the way, and the truth, and the life. No one comes to the Father except through me. If you had known me, you would have known my Father also. From now on you do know him and have seen him.”

“Truly, truly, I say to you, whoever believes in me will also do the works that I do; and greater works than these will he do, because I am going to the Father. Whatever you ask in my name, this I will do, that the Father may be glorified in the Son. If you ask me anything in my name, I will do it.
John 14:1-14

When you read what Philip said in verse 8 of John 14 does it seem like an unreasonable request? To the contrary, one might conclude that it was commendable. After all, what could be wrong with expressing a desire to see the Father whom Jesus often spoke about? Furthermore, Jesus had just mentioned that He would soon depart to go to the Father’s house and would come back for the disciples to take them there (John 14:1-3). No doubt this peaked the natural curiosity of Philip. What is the Father like? Yet, when we look at the reply of the Lord to Philip it is troubling. Philip was not commended, he was rebuked for his ignorance.

The end of the Lord’s public ministry was near and he did not fully grasp the most vital truth concerning Jesus – the manifestation of His Divine nature, “Whoever has seen me has seen the Father. How can you say, ‘Show us the Father’?” Jesus had given proof of His Divine power throughout His ministry. Was it not Philip who said, “we have found him, of whom Moses in the law, and the prophets, did write” (John 1:45). This led me to question how well the disciples of Jesus in our day know him? Do they understand all of the necessary truths that reveal the person and work of Christ revealed in God’s Word.

The early church father Jerome said, “to be ignorant of the Scripture is to be ignorant of Christ”. What I learn from the inquiry of Philip and Thomas (John 14:5) is that the duration of our exposure to truth does not guarantee that we are mature in the faith.

Last Sunday I mentioned that we must be hearers and doers of the Word. In Jesus we have the opportunity to overcome the nature of man. We can have the victory over the flesh by learning and applying the words of the truth. The path we are to follow is not the traditions of man, but the truth of the gospel of Christ. Seek His ways and you will find a path where there is no defilement. We must give ourselves to the “Do your best to present yourself to God as one approved, a worker who has no need to be ashamed, rightly handling the word of truth.” (2 Timothy 2:15)

As far as I can tell the problem of Biblical ignorance is not due to a lack of resources. We have Bible dictionaries, systematic theology books, commentaries, lexicons, study Bibles, Christian internet web sites, books and more books from gifted authors. There is no end to the study aids at our disposal. However, all of these are of no use if we do not utilize them. They are tools to Bible understanding, but tools perform no work unless they are in the hands of the workman.

To study means to labor to discover the correct interpretation of a text. The problem is not ignorance, the problem is laziness and misplaced priorities. Some are like little babes who cannot feed themselves. This crowd is dependent on the spiritual food that comes only from the study others have done. The voice of their favorite Bible teacher has replaced the voice of the Holy Spirit who bears witness to the truth of His inspired Word through diligent personal study. Others are like Martha who was “troubled with many things (Luke 10:41).”

The maddening pace of the modern age is taking a toll on our lives, not only physically, but spiritually. We must learn from the great example set by Mary who “sat at Jesus feet and heard His word” (Luke 10:39). Take time today to sit alone at Jesus feet with your Bible and learn from Him. Consider this thought from the pen of William Whitaker, “God willed to have His truth, so sublime, so heavenly, sought and found with so much labor, the more esteemed by us on that account. For we generally despise and scorn whatever is easily acquired, near at hand, and costs small or no labor. But these things which we find with great toil and much exertion, those, when once we have found them out, we esteem highly and consider their value proportionally greater” – Disputations on Holy Scripture by William Whitaker 1588.