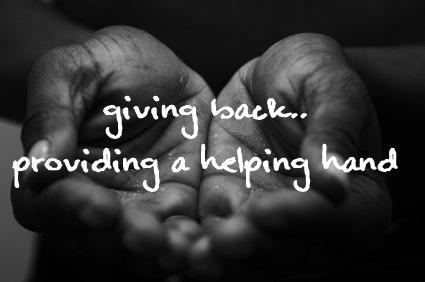 Whoever is generous to the poor lends to the Lord, and he will repay him for his deed.
Proverbs 19:17

Whoever oppresses a poor man insults his Maker, but he who is generous to the needy honors him.
Proverbs 14:31

I have to admit that when I was looking up some commentaries on giving and the Bible, too many of the sources I found focused on giving to the church. I give what I can to church, which is what I think of when the apostle Paul writes in 2 Corinthians 8:12 “For if the readiness is there, it is acceptable according to what a person has, not according to what he does not have.” Many churches though use this as a means of forcing a true tithe of 10 percent. However, even though we are in the season of giving, we should be giving and helping year round to those who need assistance.

In the Sermon on the Mount, Jesus commands us to give to the needy:

Beware of practicing your righteousness before other people in order to be seen by them, for then you will have no reward from your Father who is in heaven.
Thus, when you give to the needy, sound no trumpet before you, as the hypocrites do in the synagogues and in the streets, that they may be praised by others. Truly, I say to you, they have received their reward. But when you give to the needy, do not let your left hand know what your right hand is doing, so that your giving may be in secret. And your Father who sees in secret will reward you.
Matthew 6:1-4

Giving is not all about what you give to your local congregation, but what you give to those who are in need. We are to love our fellow man and not judge them. If we look down on the poor, the how can we look up to God. Some people blame God for the misfortunes of the world, I blame those who do not follow the teachings of love and charity. Do you have to be a Christian to have love for your fellow man or to be charitable to the less fortunate? Of course you don’t. But I will say this, too many people who call themselves Christian often follow the proverb “God helps those who help themselves.” The phrase is often mistaken as scriptural, but it appears nowhere in the Bible.

Political commentator Bill O’Reilly employed the phrase, in responding to Jim McDermott, the Democratic U.S. Representative for Washington’s 7th congressional district, who argued, “This is Christmas time. We talk about Good Samaritans, the poor, the little baby Jesus in the cradle and all this stuff. And then we say to the unemployed we won’t give you a check to feed your family. That’s simply wrong.” O’Reilly argued for a more selective approach to unemployment benefits, and the importance of individual responsibility, concluding “while Jesus promoted charity at the highest level, he was not self-destructive. The Lord helps those who help themselves. Does he not?” Political comedian Stephen Colbert parodied him in response, concluding in character, “if this is going to be a Christian nation that doesn’t help the poor, either we’ve got to pretend that Jesus was just as selfish as we are, or we’ve got to acknowledge that he commanded us to love the poor and serve the needy without condition; and then admit that we just don’t want to do it.” Colbert may be a comedian who is often irreverent, but he makes a good point.

For the vast majority of us, misfortune finds us at one point or another. Various people have helped me during those unfortunate times, and I do my best to help those in need when I am able to help. Giving is not just for the red buckets of the Salvation Army during Christmastime bit for all year round. It is also not about gifts and money, because not all of us are able to do so, but it is about giving our love to those around us. Love is the greatest gift we can give.