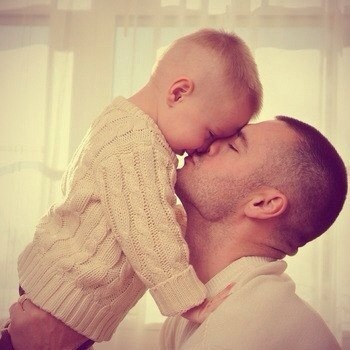 Children, obey your parents in the Lord, for this is right. “Honor your father and mother” (this is the first commandment with a promise), “that it may go well with you and that you may live long in the land.” Fathers, do not provoke your children to anger, but bring them up in the discipline and instruction of the Lord.
Ephesians 6:1-4

Listen to your father who gave you life, and do not despise your mother when she is old. Buy truth, and do not sell it; buy wisdom, instruction, and understanding. The father of the righteous will greatly rejoice; he who fathers a wise son will be glad in him. Let your father and mother be glad; let her who bore you rejoice.
Proverbs 23: 22-25

I know there are at least a few dads out there who read my blog, maybe even two gay dads out there raising sons and/or daughters, and I want to wish you a very Happy Father’s Day. Just like mothers, fathers can drive us crazy. Most of us may not have been as close to our fathers as maybe we should have been or should be, but all of us have a father somewhere. Besides wishing you fathers out there a Happy Father’s Day, I also wanted to tell you about my father.

We are very different in so many ways. He is very outdoorsy: he hunts, he fishes, and constantly works outdoors. I was always a book worm, who liked books better than sports. I’ve learned to like the outdoors: I walk nature trails, I like to hike, and I even like to fish occasionally. Whereas my father worked outside all his life, I prefer to work inside, research, writing, teaching, etc. There are a lot of other differences as well. We can generally have a conversation for about 15-20 minutes before we get into some type of argument. My father has never felt I was right about anything. I can be agreeing with him, and he will fuss at me for agreeing with him. No matter what I say, he will say the opposite. One example is that I once made a remark about a house being painted white (it used to be gray), he argued with me that the house was painted gray, just a lighter shade. Everyone else I know says the house is white, but he still says that it is gray. The other day, he even told me I was a very unpleasant person to be around. It’s odd, because as far as I know, he’s the only person I know who feels that way. It’s that sort of thing that drives me crazy. Needless to day, we barely get along. I love him nonetheless, I just don’t like him sometimes. He can be very cruel and frustrating.

To switch gears a little bit, I want to tell you also how great my father can be, without me ever knowing it. This is part of the reason that I forgive so much of the misery he causes me. When my parents found out I was gay, it was a very traumatic experience for all concerned. My mother had suspected for quite a while and was being very nosy. She checked my email. She didn’t like some of the emails that she saw. Most of them, if not all, were fairly innocent, but there were some like an ad from Showtime about “Queer as Folk” and maybe another one from gay.com. I was over at my grandmother’s checking on her, when my mother called me and confronted me about it. I was tired of denying it. All of my friends knew, so why shouldn’t she. I knew she wouldn’t like it. She had confronted me several years before about it, and I denied it then. I wasn’t ready, and to make sure that I never was, my mother told me, “If you would rather have a dick up my ass, then be part of this family, then leave. We have have nothing more to do with you.” When this time came around, we got into a huge argument. I yelled, she yelled, and I left. I was still dependent on them for some things, but I could live without them. My mother went to bed and cried for the next two weeks. By the way, this all happened two days before Christmas, while I was home on Christmas break. My mother did get up and do the family things the holdoay required but was very cold toward me the whole time. When my father got home, he talked to my mother about what was wrong. She told him. She tells him everything. This was one of the times when he sided with me.

He told my mother, that I was there child. She could not stop loving me, just because she did not agree with my lifestyle. He would continue to love me, and she would have to do the same. No matter what his children did, they would still love them (it may have helped that my sister married a complete and total jackass, who doesn’t physically abuse her, but abuses her mentally). Then he came and talked with me. He told me that he didn’t care what I told my mother, but to tell her something or she would die in that bed in there (you don’t know my mother, but she would have). Then he told me what surprised me the most, “I should have taught you how to fight the urges. I am sorry that I failed you.” It is the only time my father ever apologized to me for anything. I never asked about the urges, but I am pretty sure I know what he was talking about. He knew exactly how I felt. He had been there himself, but he had chosen a different path. Maybe that is why they still believe it is a choice. But I see the misery in him almost everyday. I went to my parents and told them both that I was celibate and would remain that way, and I had never acted on my sexuality (yes it was a lie, but it was one I think was and still is for the better, even though I hate lying more than anything). They made me promise that I would not tell anyone else in the family, and I have agreed to that. Our family has become a “Don’t ask, don’t tell, don’t discuss” zone. It is not my preference but it is what I must deal with for the time being. If I ever find a man to live my life with, I will deal with the other consequences then. I don’t think I could hide from my family the love of my life (if he ever comes along). My mother continues to be the queen of denial and believes I will fin the right girl and get married someday.

They still consider my being gay a lifestyle choice, I never will. I would have never chosen this myself. I would have chosen to live a more open life, but that is mostly not possible where I live now, and especially not with my job, though I am praying that by August maybe I will have a different job and be able to live my life again. But I know what makes me happy, and after a lot of prayer and meditation, God told me that love is what matters most in this world. I came to understand that if I lived a lie and married a woman, I would make her and my life miserable (somewhat like my father has). If I was going to be alone, then I would be alone. At least I wouldn’t be hurting someone else. I realize that some people had more pressures to get married and have a family and come out later in life. I do not fault them for that, it was a different time and different circumstances. But in this day and age, I felt I could not lie to myself or anyone else and spend a large portion of my life as a lie.

Some of you may have read this post before. I not only used it for my Father’s Day post for the last three years, with a few modifications, but I plan to use it each Father’s Day for as long as this blog is published.

I began my life in the South and for five years lived as a closeted teacher, but am now making a new life for myself as an oral historian in New England. I think my life will work out the way it was always meant to be. That doesn't mean there won't be ups and downs; that's all part of life. It means I just have to be patient. I feel like October 7, 2015 is my new birthday. It's a beginning filled with great hope. It's a second chance to live my life…not anyone else's. My profile picture is "David and Me," 2001 painting by artist Steve Walker. It happens to be one of my favorite modern gay art pieces. END_OF_DOCUMENT_TOKEN_TO_BE_REPLACED
This entry was posted on Sunday, June 15th, 2014 at 7:00 am and posted in Religion. You can follow any responses to this entry through the RSS 2.0 feed.
« Moment of Zen: Yard Work
HRH Update »

One response to “Happy Father’s Day”